The Restoration and Neo-Classical periods were marked by dramatic shifts in the intellectual landscape of Western Europe and settlement of colonies in the Atlantic Empire. Political systems, religious traditions, and cultural conventions were giving way before revolutions in theology, philosophy, and science, simultaneously with the rise of literacy, and the expansion of national power across a transatlantic sphere of influence. In their blog posts, students will engage with the many arguments these revolutions created as they make connections to issues and debates in the 21st-century. 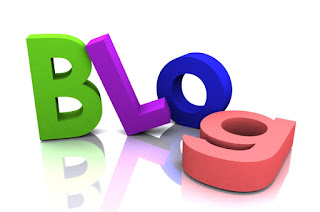 T his semester you will be developing writing blogs as a place to test drive your public voice. What is your public voice? Why, that is how you write for a public audience. Remember we discussed audience and purpose? We talked about how the Rhetor chooses Rhetoric, or language to persuade? Well, that is what you are going to do with the blog - persuade. Out in the open. Not hiding in a dropbox! Creating a blog for English class can be fun and frustrating at the same time. For adventurous students who love a challenge and are willing to "dive in" and explore new ideas, blogging is fun. On the other hand, for students who like to "know-where-they-are-going", blogging can sometimes seem confusing. Don't worry, regardless of where you fall on the adventure spectrum, we will hold your hand and help you find your public voice. You may choose which blog engines to use for your blog, but one of the easiest for beginners is Google's "Blogger".  To ge

How to Critique a Blog

Critiquing should be constructive From  Blogging Basics 101   "Congratulations! You’ve decided to join the ranks of bloggers. You’re going to love it!  Before you get too far into it, though, I’d like to help you avoid some common beginning blogging mistakes.  These mistakes are almost a rite of passage, but  why  waste that time with mistakes you can easily avoid?" So, how do we go about critiquing constructively? Try this technique . . .  Write 3 things you like about the submission - focus on both content and design. Offer 3 suggestions for improvement - "Try ????", or "Instead of this, try that?" Focus on the positive, not the negative . . . writing is a process. For further reading check out some of Jessica's other posts and the links below. 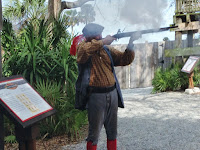 Re-enactment with an actual 16th century Spanish musket similar to those used in  the Golden Age of Piracy. Over Spring Break you have been exploring ideas for your end-of-semester pirate projects, so here is a shortlink to 1102 student blogs and projects from previous semesters. These can help you brainstorm ideas visually and come to our next class ready to start the research process. For much of the research project, your blog posts will operate like a research journal where you will write about interesting ideas, express your opinion, and collect a variety of media links. Have fun and be sure to keep your blogs up to date. https://caribbeanvoyages.wordpress.com/pirate-page From left to right: 18th c, British, French, Spanish muskets Fort Matanzas, Florida.